Gyan Deep Public Senior Secondary School was started in 1994 to educate poor children. Which was founded by Late Nannu Ram Awasthi and his son Pandit Shivcharan Das ji. And along with the school, the Gyan Das Hanuman temple was also built. Seven years ago, the total number of children in this school was reduced to 15, the reason behind this was that there was no facility of any kind in the school. After that, Manav Sharma, son of Pandit Shivcharan Das, who is a software engineer, takes over the command of this school, who along with his brothers Sunny Sharma and Sonu Sharma worked hard to improve the school, which resulted in the result. There were only 15 children in the school, but the number of children reached 1200. Because it is the result of hard work of Manav Sharma ji and his family along with his team. In view of all this, Manav Sharma ji was also awarded the Best Principal Award in 2013 and in 2016 was awarded the post of Joint Secretary by United Private School Association, Foundation Private School Association Faridabad in 2022 as Treasurer by Dr. Kulbhushan Sharma ji Awarded the post. 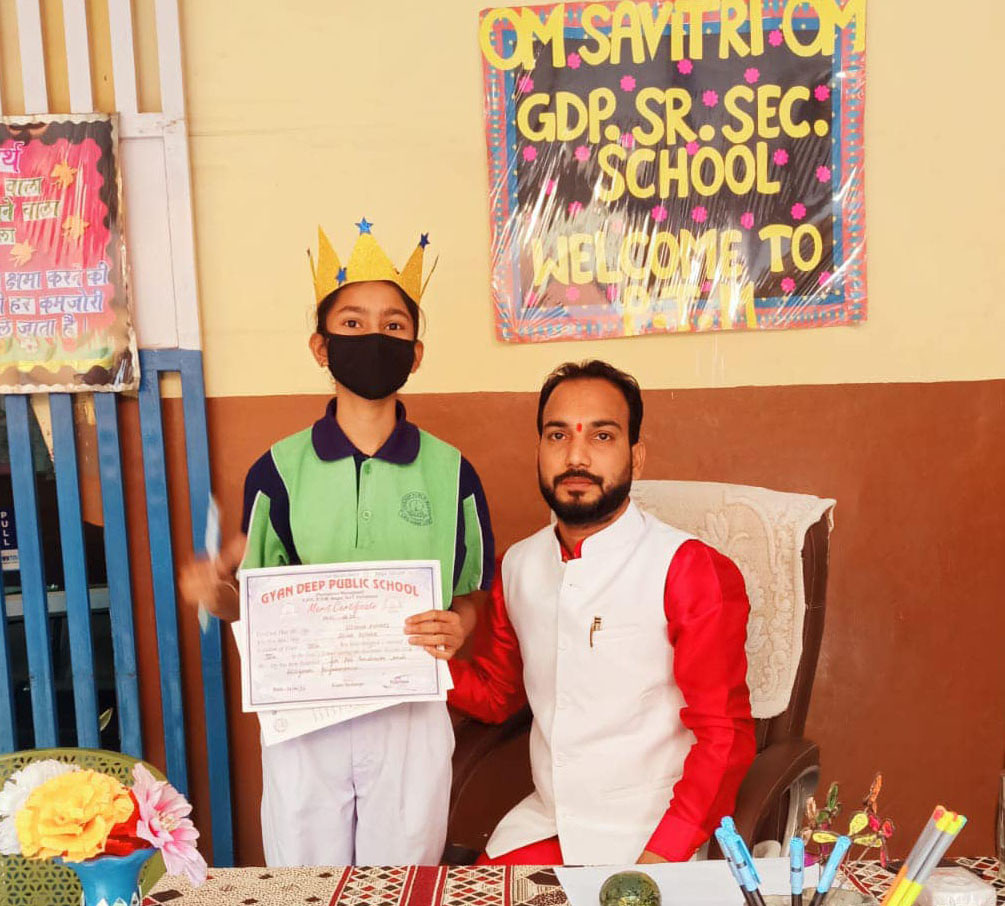 The mission of our school is that the way we are giving education to the children, in the same way we will always continue to educate the children and in the coming time we want to open another branch so that we can provide good education to more and more children. And the future of the children should also be secure. To educate all students to the highest levels of academic achievement, to enable them to reach and expand their potential, and to prepare them to become productive, responsible, ethical, creative and compassionate members of society.

Our school vision is that to be one of the world's leading producers and providers of entertainment and information. So that children can get best and secure future in his life.